Regular Updates from Your Association

On January 8, the House Energy and Commerce Subcommittee on Health held a hearing to discuss seven bills, including HR 3935 (the details of which are discussed below).

At the hearing, two members of the subcommittee spoke in favor of the bill: Rep. Tony Cárdenas (Calif.) and Rep. Buddy Carter (Ga.). Rep. Cárdenas and Rep. Carter co-introduced this bill late last year and this hearing marked an important step in seeing the bill move through the legislative process.

Rep. Cárdenas spoke to one of the witness, Fred Riccardi (President at the Medicare Rights Center) at length regarding the importance of NEMT services and how it doesn’t discriminate against any population. Riccardi reinforced the critical importance of codifying the benefit into the Medicaid statutes as it would protect the service, which has proved to be a lifeline to many vulnerable populations. Watch Rep. Cárdenas’ full questioning below.

Rep. Buddy Carter’s remarks soon followed and he dove into the details of the bill. He said he has had a difficult time explaining to his colleagues the reasoning why the NEMT benefit should be codified as some of his colleagues have spoken about concern regarding fraud and abuse. Rep. Carter followed that by stating the benefit hardly comes with any risks, and there is a system in place to monitor for signs of fraud and abuse. Watch Rep. Carter’s full remarks below.

Following this hearing, the legislation will now move to the “mark-up” stage. Once the bill is marked-up in the subcommittee (an opportunity for members of the committee to add or remove legislative language from the bill), and passed through the subcommittee and subsequent full committee, it will then move to the House floor for consideration.

For information on the full hearing, please visit the Subcommittee’s website.

THE INTRODUCTION OF H.R. 3935: PROTECTING PATIENTS TRANSPORTATION TO CARE ACT​

In response to recent threats against the Medicaid non-emergency medical transportation (NEMT) benefit, CTAA has been tracking policy developments and working with a number of key stakeholders in this arena to develop and implement an advocacy and policy strategy. CTAA along the Medical Transportation Access Coalition (MTAC), and other allied stakeholders have been focusing on a two -prong approach to protecting the NEMT Benefit – 1. Using Appropriations to prevent CMS from publishing a Rule that would make NEMT option at the state level and 2. Through policy, writing the NEMT benefit into Medicaid Statute. We are excited to announce the progress that has been made on these two exciting efforts happening on Capitol Hill:

As part of a larger bid to cut Medicaid funding, The Centers for Medicare & Medicaid Services (CMS) was expected to issue a rule in May 2019 that would make it optional for states to cover such non-emergency transportation services. In response, the Congressional Black Caucus pushed a spending restriction that would halt the CMS from working on moving the rule forward read the Letter here (PDF).

Support continued to build for the spending restriction, and on June 19, 2019, the House of Representatives passed the funding bill for the Department of Health and Human Services for fiscal year 2020. Section 239 of the legislation (H.R. 2740) prohibits CMS from publishing a proposed regulation “relating to the Medicaid Non-Emergency Medical Transportation benefit.” House Appropriations committee members stated their concern that CMS might permit states to “drop the Non-Emergency Medical Transportation (NEMT) benefit” in their Medicaid programs. The language also directs CMS to commission a study to study the impact of the potential elimination of the benefit on vulnerable populations before moving forward with the proposed regulation.

On July 24, U.S. Representative Earl “Buddy” Carter (R-GA-1) introduced a bill H.R. 3935 to make NEMT one of the mandatory benefits enumerated in the Medicaid Statute. On July 25, Rep. Stanford Bishop (D-GA-02), a co-sponsor of the bill, spoke and provided testimony (PDF) on behalf of the proposed bill during a House Energy and Commerce Member Day hearing. 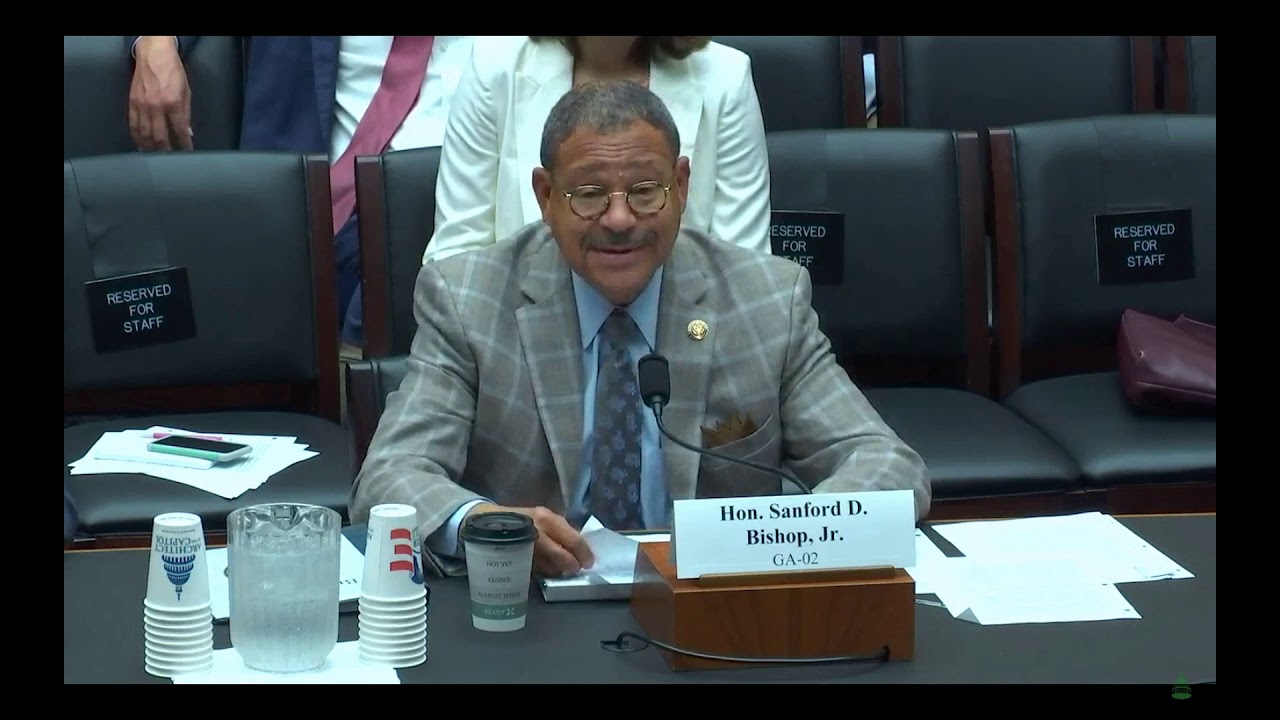 The Protecting Patients Transportation to Care Act will codify the long-standing Medicaid non-emergency medical transportation (NEMT) regulation that mandates that states provide NEMT to all beneficiaries with no other form of available transportation to medically necessary health services. The goal of this bill is to simply preserve the status quo. The provision will require that states provide prior authorization or utilization management to assure that the benefit is provided with the lowest cost, appropriate mode of transportation, that the beneficiary is eligible for the service and is riding to a medically necessary, covered Medicaid health benefit.

This bill is led by a bi-partisan group of members in the House and Senate. House co-sponsors include Reps. Tony Cardenas (D-CA-29), Tom Graves (R-GA-14) and Sanford Bishop (D-GA-2). The bill is expected to be introduced in the Senate later this week, with a general timeline of including the bill in a package of program extensions that is expected to pass this fall.

In addition to the Appropriations limitation passed earlier this summer, H.R. 3935 will deliver additional and critically-needed protection to the NEMT benefit. If your system provides on NEMT services, contact your U.S. House Representative and ask them to co-sponsor H.R. 3935. Please let us know if you do, and CTAA can provide contacts for staff at the offices of Reps. Carter, Cardenas, Graves and Bishop.

Policy and legislative developments like political support for safeguarding the NEMT benefit, demonstrate the kind of outcomes that are possible when CTAA and its members work jointly and come together with allied organizations to set priorities and establish strategies that support our communities overall health and mobility.

Have questions about our work on NEMT? Contact CTAA Health Care and Transportation Associate, Alex King at king@ctaa.org or 202-340-5284 for more information.

The Community Transportation Association of America (CTAA) and its members believe that mobility is a basic human right. From work and education to life-sustaining health care and human services programs to shopping and visiting with family and friends, mobility directly impacts quality of life.